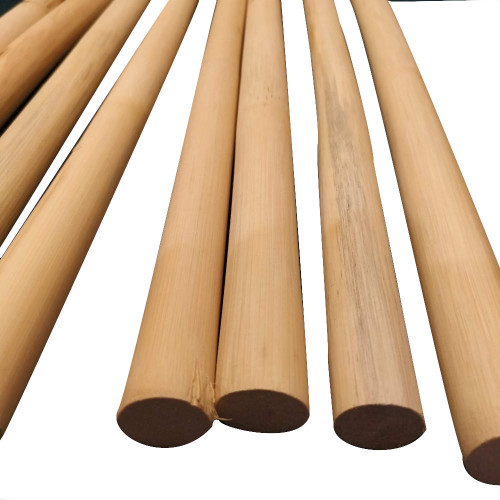 The rattan stick in the Naturtrend Shop is made from rattan palm. The palm tree is a liana-like plant that grows on the ground and on trees in shady primeval forests. It has no crown, its leaves are scattered. The stem develops in a longitudinal fiber direction under a strong bark, the length of which can reach 200 meters. It is very firm and flexible.

The shellless rattan rod, or stick, is extremely light, flexible, soft compared to wood, and does not crack or break when hit. Its use is diverse, e.g.:

- as an indoor rattan furniture material

Martial arts weapons that date back thousands of years are still used in combat sports today. This includes the fight stick, which has been used throughout Asia since the beginning of history, not only by commoners, but also by monks. In combat sports, we know several types of stick martial arts - each of them has a different significance. They can be made of hard or flexible wood such as oak, but also bamboo, pine and rattan. Oriental martial arts sticks are typically made of rattan. That is, the fighting stick known as the karate stick, aikido stick or judo stick (nowadays it can also be known as the MMA stick). The techniques based on it are similar to the movements of freehand combat, which follows from the basic philosophy: the stick is an extension of the hand.

We offer a 77cm long cane sword without a shell. The product can be ordered in first and second-class quality. Discoloration, brown spots are also allowed on the surface of the first-class rod. For first-class rattan sticks, a maximum of 1 cm of curvature is allowed on the 70 cm piece. For the second class, a curvature of 3 cm is allowed.

By clicking on this link, you can view our gallery of our creative products.

Method of use
Martial arts tool