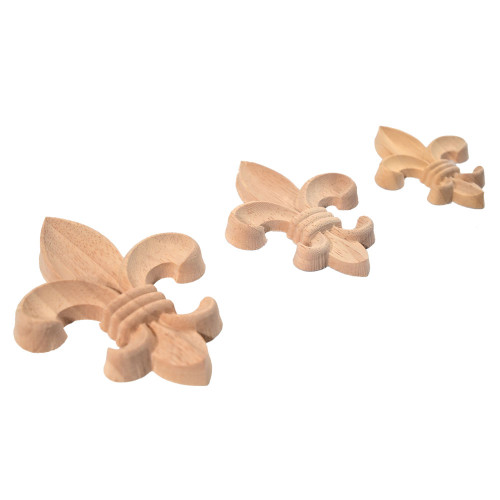 The French lily first appeared in the 12th century in heraldry, as a symbol of the French monarchy. According to some, it forms three spears, however, if we compare the fleur de lis flowers with the ostrich feathers of the knight's helmet, the similarity is surprising, it looks like the primitive symbol of the knight's helmet with ostrich feathers and stylized by coat of arms painters. There is an explanation that the depicted shape imitates the autumn petal, the iris flower.

These wooden carvings made of exotic wood are a frequent guest in carpentry workshops. After all, the prefabricated wooden ornaments make it easier to repair antique furniture, doors or windows. With such carved wood flowers,  you can create a really special unique look for your furniture.

You don't need special tools to fix it. Just a few things that are readily available. Sanding paper, wood glue (D2 or D3) and something you can use to press down and press while drying.

But let's look at the work in progress:

1. Sanding: It is worth sanding the pattern of the wooden ornament to get rid of small surface defects. It is also worth sanding the back before gluing. Also, if possible, the surface to be glued should also be prepared by sanding.

2. Gluing: Apply glue to both previously sanded and dust-free surfaces, then spread evenly. After that, all we have to do is to press the two surfaces together during drying. We can do this in several ways. We can press it with a carpenter's clamp, but also with weights. Professionals also use small nails to fasten it. If some glue comes out around the gluing, wipe it with a slightly damp cloth, so you won't have a problem with it later. It depends on the temperature, but the glue hardens after a few hours, so the clamp can be removed. Of course, if you want to be sure, you should wait for it to dry completely, it can take 12-24 hours.


You might have searched for this as: moulding for doors panels, refurbish furniture, furnituremaker, cabinetmaker 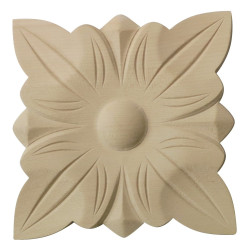 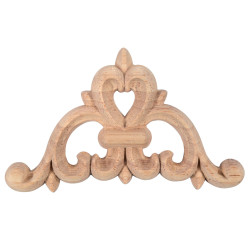 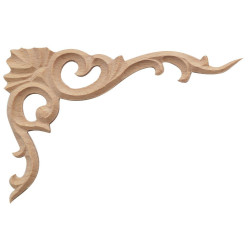 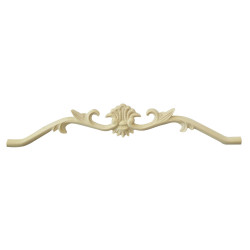 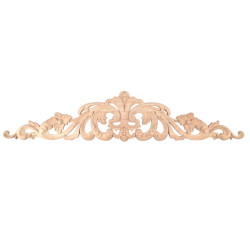 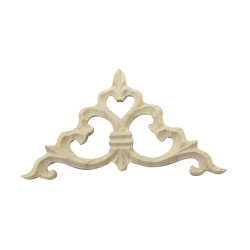